Greenway networkMedia about usCEUC: New fast-charge corridor for Europe
The EU Commission is supporting the construction of 118 fast charging stations for the CEUC (Central European Ultra Charging) project. Smatrics was chosen as a service provider for the rollout, operations and maintenance of the network.

The 118 HPC stations are to be installed by the end of 2020 in Austria, Czech Republic, Italy, Hungary, Romani, Bulgaria and Slovakia, as shown on the map below. The project is being headed by the Austrian energy company Verbund, while Smatrics will work with national investors.

The CEUC project will provide HPC infrastructure to seven EU nations in central and eastern Europe. As the initiator of an extensive charging network in Austria, Smatrics has decided they have sufficient reputation and expertise to manage a continent-wide network. The first fast-charging stations are already in the planning stage. 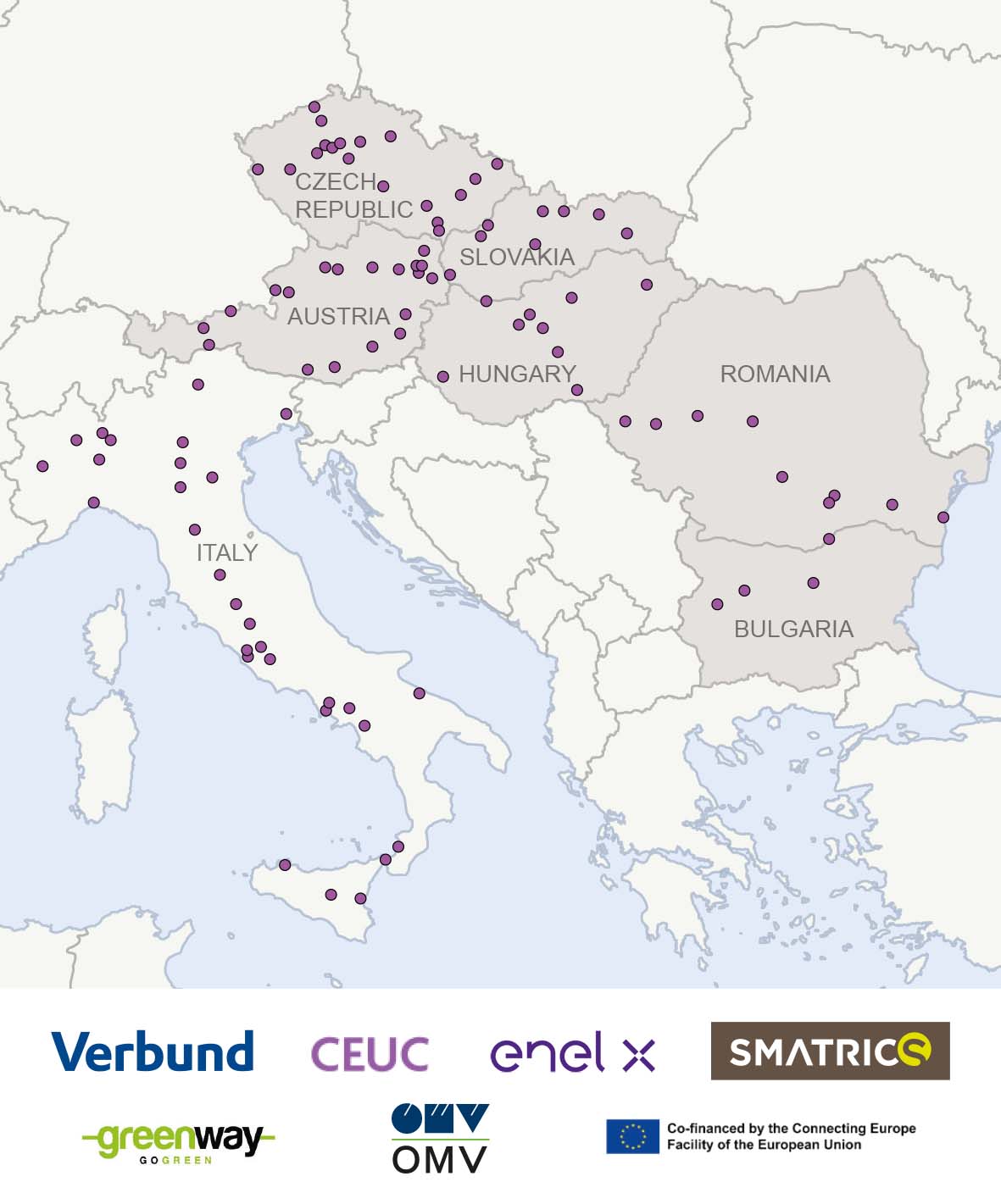 In December the Austrian oil and gas company OMV purchased 40% of the Smatrics stock. The other stakeholders are 40% with Verbund and the other 20% belong to Siemens. In February, the company also announced plans to enter the German market. At the E-World conference in Essen the company presented solutions for municipal utilities and energy providers. As of about half a year ago, the company also entered a cooperation with Smartlab, who is behind the utility bundling ladenetz.de and the roaming platform e-clearing.net. Since then, Smatrics customers in Germany have had access to 1,200 charging points in the country. Simultaneously, users who have a card from ladenetz.de are able to charge internationally in Austria as well at the 400 Smatrics charge points.